Last week I was so fortunate to attend the IMM Cologne and Living Kitchen show in Cologne, Germany as a guest of BLANCO. As you may or may not know, I am a member of the BLANCO Design Council(the US version) and part of this year's fun was to attend the show. Travelling with BLANCO this year was Andie Day, Jamie Gold, Grace and Ken Kelly, Cheryl Clendenon, Kelly Morisseau, Leslie Claggett and Susan Serra along with myself. Paul Anater was along too, but also travelling with the BlogTour Cologne Group.

Now a warm, Southern boy like me doesn't comprehend northern Germany in January. Let's just put it this way... It was COLD.

The show was nothing short of awesome, and no one had better show "mates" than I did. 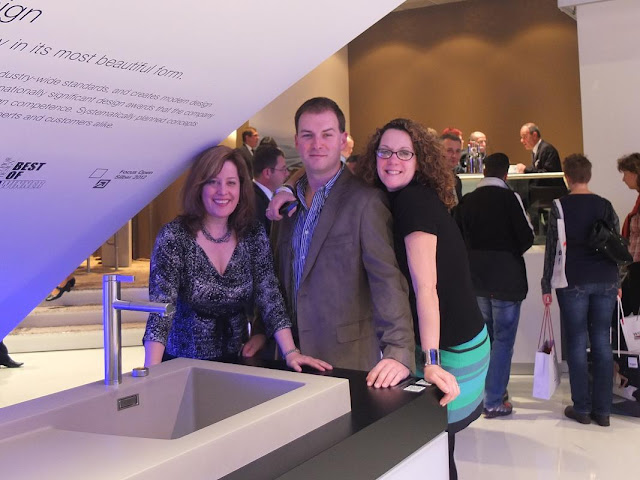 I was lucky to have two of the premier kitchen designers in the US to chat with as we ran around the show. IMM Cologne and the Living Kitchen isn't your local home show. The show itself is massive and every credible European brand rolls out the red carpet to showcase new products and offerings.

Now it's not because BLANCO was kind enough to schelp me to Germany for the show, but they easily had one of the best booths. Not only were they announcing TONS of new product for the European(and some US) market, but the design of the booth and space were spectacular! 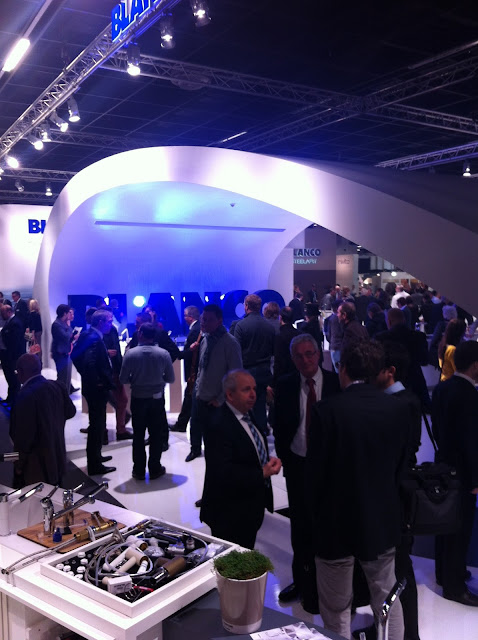 A large sweeping arch(complete with waterfall) guided showgoers through the heart of new product lines, while a raised cafe' and seating made a perfect spot to rest a moment and have a snack. Huge kudos to the BLANCO design team... The booth was nice enough that I didn't want to leave!

As expected, the awesome booth wasn't just fluff. The new products launched made the space. One of my favorites combined two launches for the US market. 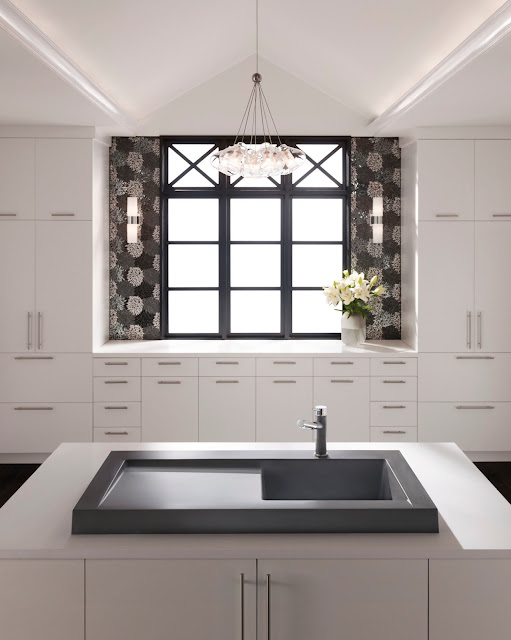 This is the MODEX sink. It's a raised sink that's part of the BLANCO SILGRANIT II family that allows homeowners to wash, cut and prep right in one place. Because of it's striking features, the MODEX looks great as the centerpiece of any kitchen design. 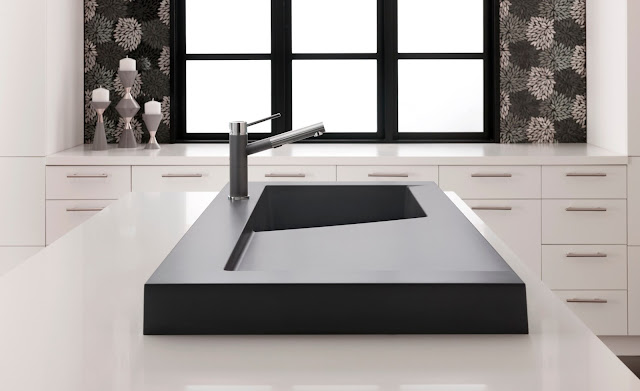 If you're unfamiliar with the color, that's because it is new, too! Cinder is the latest color in the SILGRANIT II collection and is a perfect mix of gray, brown and black. It's a super color that is the perfect compliment to both light and dark counters. Cinder is available in the BLANCO SILGRANIT II sink family as well as two faucets.

I'll have lots more coming up from both BLANCO and other sights from around IMM Cologne and the Living Kitchen in upcoming blog posts. Until then, I'll continue to try and recover from a grueling, but awesome week with BLANCO and the BLANCO Design Council.

When the show has you beat, just find a gigantic silver lame' sectional to crash on with your friends.

Lori Dolnick from Frank Advertising, Tim Maicher and Christy Emens from BLANCO USA, Veronika Miller and Tim Bogan from Modenus. Thanks for making this trip awesome!
Posted by Nick Lovelady at 8:18 AM