Way back in April of 2011, the first edition of pallet nastiness came up on the blog with When Trends Attack! Shipping Pallet Edition. Well, here we are again with more information, more wackiness and an endless supply of angry commenters convinced I am needlessly afraid of dirt... or especially accusatory of questionable parenting skills. 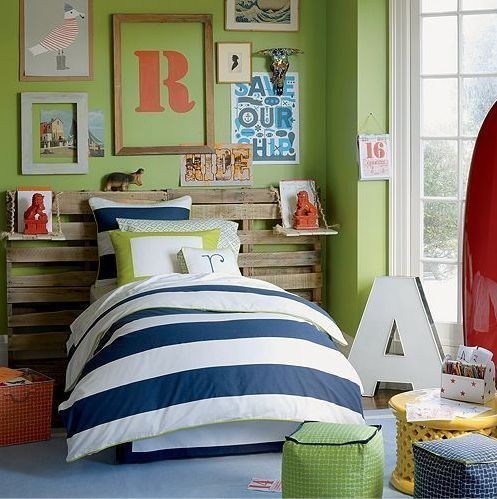 Since I am not a scientist, chemist or horticulturalist, I decided to reach out to some and see if they had any insight or could offer some information to continue the pallet discussion. Interestingly, each responded similarly when I approached them about using a used shipping pallet in an interior application. They didn't come right out and exclaim "GROSS!", but it would be a good laypersons interpretation of the information.

The most interesting part of the debate has been the vitriol thrown back at me for even questioning that a pallet wouldn't be safe in one's house... or even a child's bedroom.

Needless to say, there are plenty of comments from the original blog post as well as follow-up posts from Curbly and Apartment Therapy.

"The most dangerous compound that many of us are in daily contact with is gasoline. The bit that one whiffs when gassing up is way more dangerous than the wood's preservatives."

Let's touch on that... a local university professor explained to me that in many cases pallets are stored on slabs/pavement and can be exposed/soaked in lead and other heavy metals or petroleum products. "As you know, small children and pets are more likely to suffer from heavy metal poisoning than adults. I suppose if the wood were totally sealed it would keep the contaminants in, but if that wears off over time or the wood breaks, they could be released. I don't know what concentrations of toxins you'd find in old pallets. It might be low, but it might not be," they shared.

So add a new chemical opportunity to our pallet scavenging... Lead and petroleum! 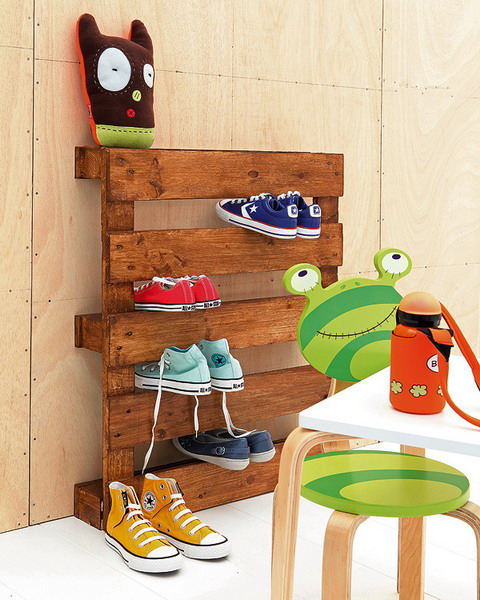 On the blog here, Anonymous said,

"Internationally shipped pallets are often soaked or fumigated with toxic chemicals to discourage insects. These chemicals are slowly released; quickly released if the wood is tooled or cut."

This is partially true. Pallets that are certified for EXPORT can be treated one of two ways: chemical fumigation or heat treatment. If you are searching for pallets and discover one with the IPPC HT stamp, it's been heat treated only. Any chemical/bacteria that could be present would be post-production. If you see an MB stamp, that means it's been treated with Methyl Bromide. Since Methyl Bromide treatment was essentially halted altogether in 2010, if you find a pallet marked MB it's definitely not new and has likely been around the block a few times(in addition to being chemically treated).

On the insect front, Purdue University Extension expert and Horticulture Educator(also known as The Magic Gardener) Larry Kaplan shared that it's generally regarded that the very invasive Emerald Ash Borer was introduced to the United States and Canada via none other than pallets. In addition, an infestation of the Asian Long Horn beetle in Chicago was also linked to imported pallets.

So maybe internationally shipped pallets are more dangerous? Consider this... Domestically produced pallets often have NO TREATMENT at all. Buggy heaven.

My local university source chimed in, "If they're(pallets) not treated, I would be worried they would bring in or even ATTRACT bugs INTO my house, and I would find little piles of sawdust all over the floor. Beetles, termites, I'm sure there are lots to choose from." 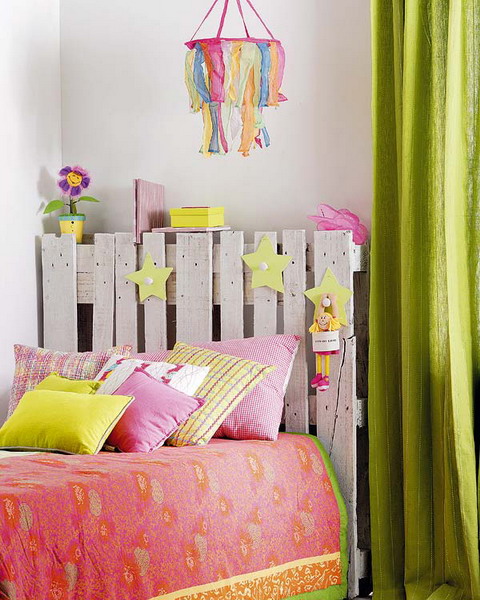 Alabama Pesticide Residue Laboratory Director Danny LeCompte gave some great tips on where could be less glamorous places to scoop up a pallet.

And my favorite line from Director LeCompte, "A dirty pallet might be used for a compost bin but not for furniture for a child (however, the possibility for soil contamination still exists)."

If you're going to reuse pallets, the higher risk comes from those in industrial and agricultural businesses. BUT bear in mind that pallets are reused by companies and the original freight may not be known.

LeCompte also went on to add that just having the pallet itself doesn't pose the only threat.

"Wood from a pallet impregnated with a chemical or hazardous substance should not be used, period. Sanding or cutting the wood will create airborne contaminated particles which could be inhaled or inadvertently swallowed. Contamination can be absorbed directly through exposed skin when working with the wood or when using the constructed craft product later."

Even if your salvaged pallet looks safe, it could become quite dangerous when you deconstruct or work the wood. 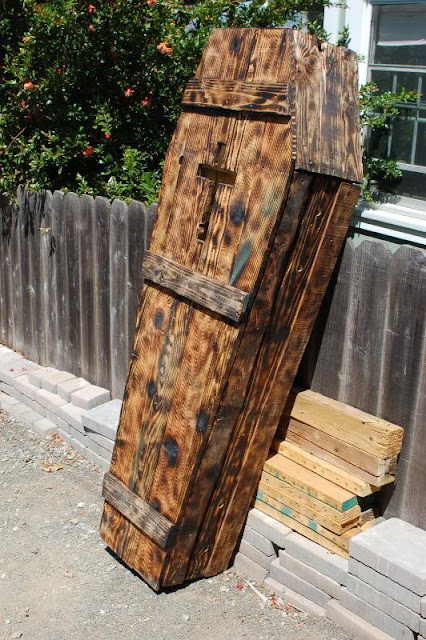 
Some pallet projects aren't so bad(see above decor). Be responsible and use them outdoors. If you can't live without having some pallet project in your home, find your local pallet producer and buy some new ones. Virtually every big city has multiple producers. If you're like us and out in the middle of nowhere, ULINE has them available online. If you have to have them, buy them. The last thing I want to get in to is an ethical discussion about stealing pallets from behind the local hardware store.

Here's the big disclaimer before I get a bazillion angry comments: I grew up on a farm(with dirt), I'm not afraid of germs, I'm rarely politically correct. In past comments about pallets I've been accused of being dumb, stupid, paranoid, shallow, arrogant, fear-mongering and trying to judge someone as a bad parent. I've also been told to simmer down and get some perspective.

Mr. Kaplan from the Purdue Extension Service emailed me this tidbit AFTER we had talked about technical pallet things... I thought it was very interesting and personal.

"I can provide an anecdote that would explain why I would never, ever allow pallets inside my home.

If you have a weak stomach, stop reading now...

Back before I got into Extension, about 30 years ago, I worked for a couple of years in the produce receiving market in Boston area.  Thing of a giant warehouse, with trucks surrounding a central structure that held all the coolers and produce holding areas.  The truckers were in a rush to get in, get loaded/unloaded, and leave; the workers earning minimum wage were always being rushed by the owners to move stuff in and out.

As pallets were unloaded, any less-than-perfect pallets were tossed off the dock onto the pavement below.  Any rotting fruit/vegetables were also usually tossed off the dock, too.  Seeing various rodents scurrying about was not unusual.  And, because of the rush, rush, rush, and possibly because the owners may have discouraged the workers from using the nice clean bathrooms, it was not unusual to see some of the workers urinating off the side of the dock.  Onto the rotten produce and pallets.

Every so often, the whole mess was cleaned up by the terminal owners.  I've no idea where all the pallets and other semi-salvageable debris went, but I know not all of it went to the dump.  Some of it was picked out for reuse.  Salvaging discards was a big business.

It took me a year after leaving before I could force myself to open a jar of pickles, but that's a story for another time..."

Bottom line is this: All of the hazards are possibilities. Certainly you could pick up 10 pallets and have no single issue, but risky behavior is simply risky behavior. Why do we seek out BPA-free plastics, organic foods, no-VOC paints but are okay with bringing trash in the house?

Feel free to disagree. There's no agenda on my part other than the concerns I have in my own home.

Here are the links to the other posts mentioned:

Why We SHOULD NOT Be Using Pallets in Our Interiors - Curbly
Posted by Nick Lovelady at 7:58 AM