KBIS Wrap-Up and Nick in a TUB!

When I started planning my trip to the Kitchen and Bath Industry Show in Las Vegas a couple of months ago, I knew that this would by a different experience than any other KBIS I'd ever attended.
Boy, was I right.
Between Twitter, this blog, knowing some kitchen industry hotshots and my delightful Southern charm(ha!), I saw more friends at KBIS than I ever would have imagined. 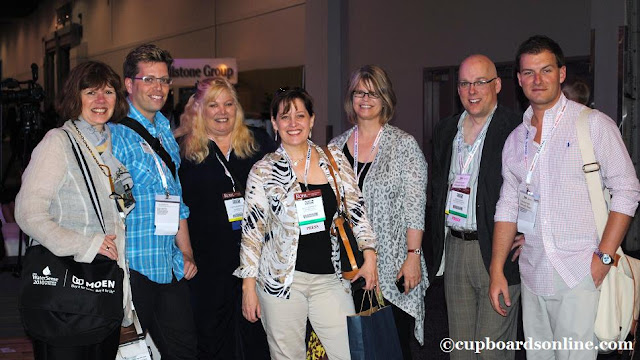 Pictured(from left): Susan Serra, Corey Klassen, Pam Rodriguez, Kelly Morriseau, Sarah Lloyd, Arne Salvesen and myself.
Not everyone was around to have their picture taken, and had I taken pictures of everyone I wouldn't have any pictures from the show!
It was worth the trip just to sit and talk with some of the most fierce kitchen and bath folks in the industry. Through social media, we've created a force that the industry recognizes. Maybe they see it as a resource, maybe as a threat... either way, it's improved the experience at trade shows. The kitchen and bath world has taken notice, and it's rockin' awesome to be a part of it!
I could probably go through a zillion people that I met and spent time with, but a few more than the pictured folks need a shout-out: Sarah Reep, Mark Johnson, Jeremy Parcells, Jamie Goldberg, Dean Larkin, Becky Shankle, Brandon Smith, Laurie Burke, Serena Spell, the entire gang from Brizo(Judd, Jai, Christiana, Stephanie, Brian, on and on), Mike Tadros and gang from Igloo Studios/Google SketchUp, and I could go on and on... If I missed you(which I know I missed a lot), I'm sorry.
Without having these fine folks around, do you think this picture would have ever made it to public viewing? 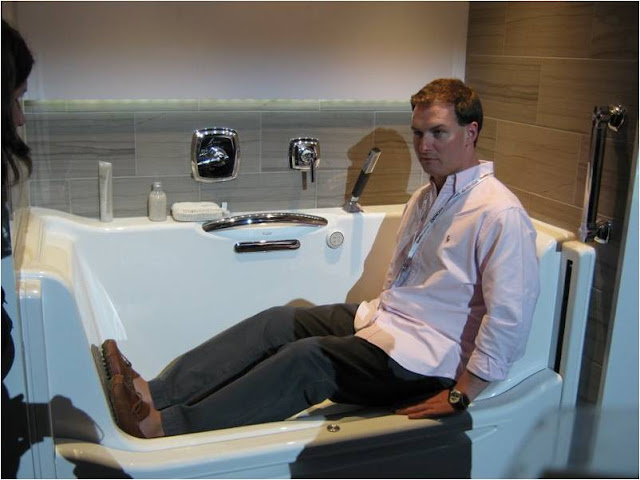 via Arne Salvesen
KBIS was tons of fun this year... Even though I slept WAY less than I intended, the trek across country and lack of rest was all worth it. The show may have been the smallest I've ever seen, but there's nothing like walking through the aisles and having folks yell at you just to say hello.
Thanks again to all of you that made my KBIS such a blast!
*Additional thanks to all of those folks who knew I was a bit of a nervous wreck on Wednesday during the show- everyone knows the horrid outbreak of tornadoes that Alabama endured while I was helplessly watching from Las Vegas. I was blessed to have all the family safe and sound- so many of you have reached out and words cannot express how grateful I am for your friendship and concern.
Posted by Nick Lovelady at 7:04 AM