The Taylor Pallet Guitar - A REAL Use for Recycled Pallets!

In response to Nick’s earlier post about the ridiculous movement of shipping pallet use in the home, I submit Bob Taylor’s pallet guitar! 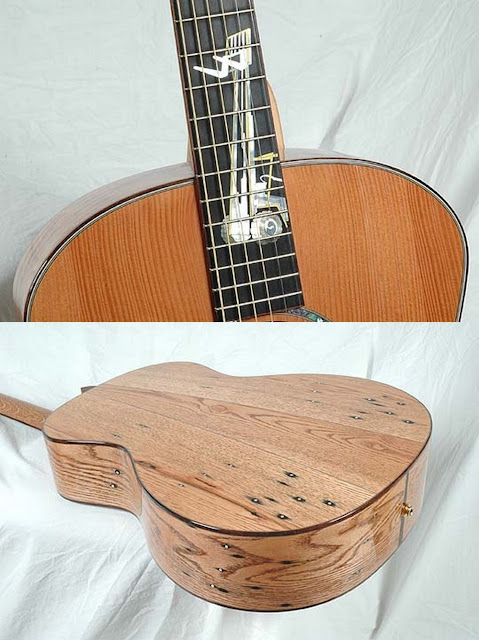 Taylor, a well renowned guitar designer whose company manufactures many fine instruments, reportedly grew tired of the obsession with fine tone woods like Brazilian Rosewood and Adirondack Spruce.  In an effort to prove it was the builder and designer that made great tone in a guitar, he planed down the pallets used to ship that fine tone wood. What emerged were 25 Limited Edition “Pallet Guitars”.
According to the company’s website, the backs and sides are constructed of “pallet grade” oak, and “a top of pine, fir, or hemlock (who knows? it's a two-by-four)”.
Word is, these sound really nice.  Maybe it’s the e.coli content…