#LetsBlogOff - I Want(ed) the Big House

This week's installment of Let's Blog Off asks a poignant question about every one's childhood: What one thing did you really want when you were a kid.

At first I was a bit perplexed and really couldn't figure out what exactly I wanted back then. I called my mom, expecting that she would rattle off a list of frivolity littered with expensive and unrealistic material junk.
Nope.
She actually said that I must not have wanted much.
I'm not sure that I really went on about what I wanted as a kid, but I remembered one thing in particular that I longed for... a big house. 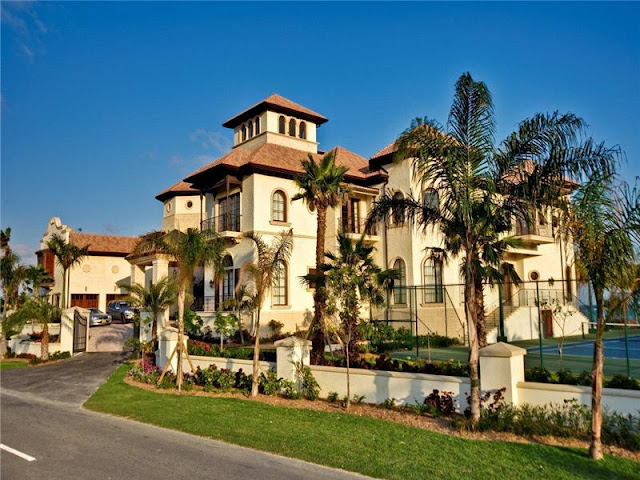 Not just any big house... but a BIG house. A house that you could get lost in... I just knew that a home with more square footage than the median U.S. household income(31,111) was in my future!
I blame my parents mostly(Ha!). For some reason we always had house plan books around the house . I was always attracted to the almost obnoxiously large homes, imagining myself walking through the front door and touring the house as if deciding if it would be worth my time to have... Trips to the bookstore were always fun. I didn't read normal kid magazines... I went straight for the duPont Registry. It was even better than the house plan books! The glossy pages and brilliant photographs were even more enticing than floor plans. 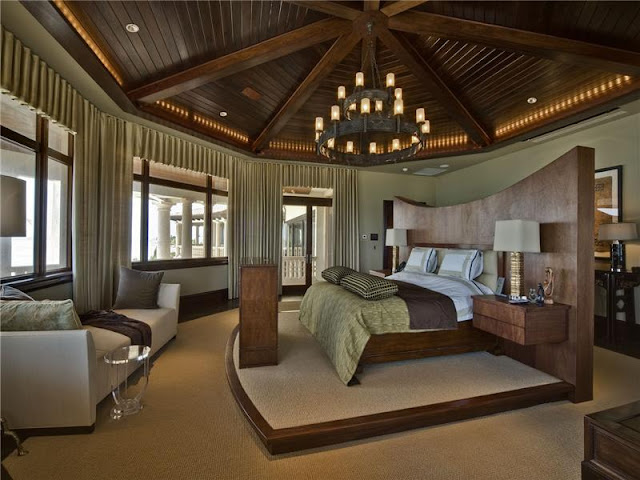 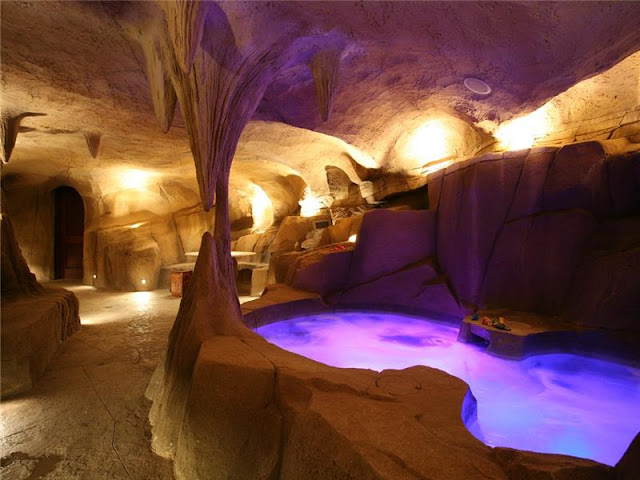 I would still like to have a grotto one day... After all, I want to be able to say to guests, "Let's all go down to the grotto!" 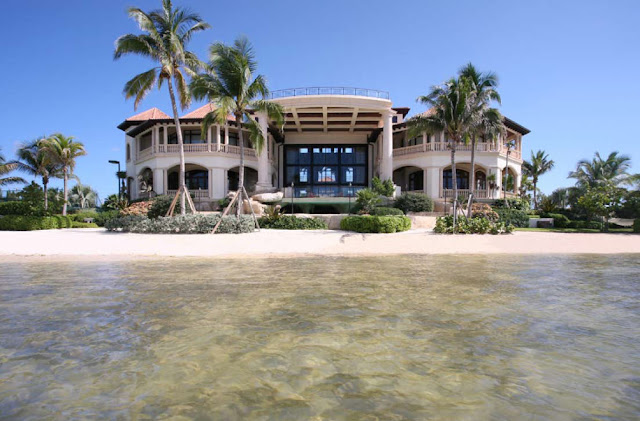 I recognize that homes the size of this one typically has a staff and crew to maintain both the interior and exterior of the home- Somehow, it bothers me to know that I couldn't take care of it myself. 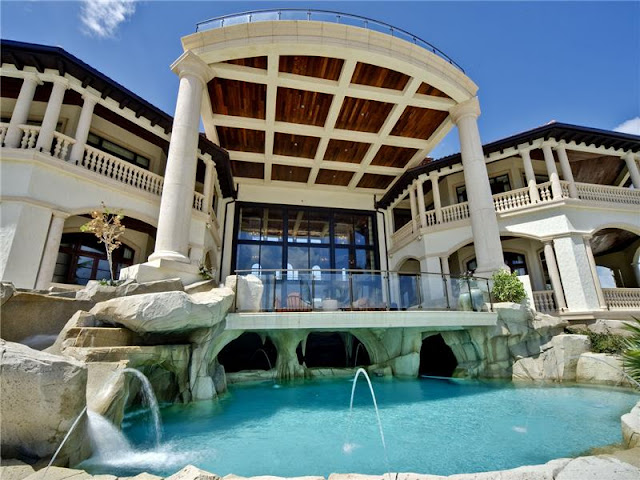 I'm thankful that I grew out of my big house dream. I still like to look at them, but the effect isn't nearly the same. Typically, I point out more design flaws and blatant misuses of space rather than bask in the loveliness of a space(except that pool above... that's just nice). 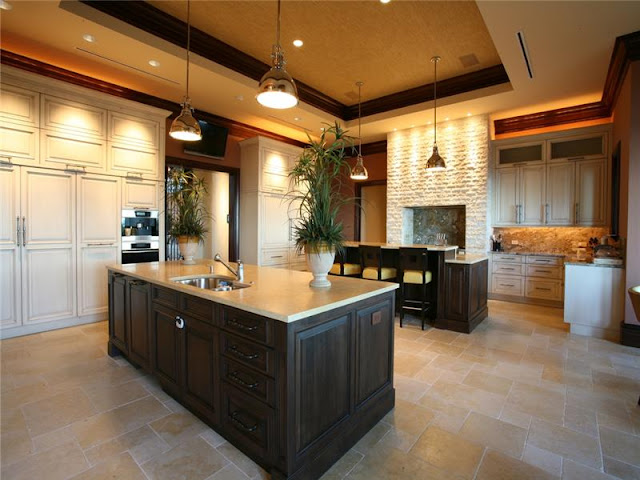 all photos via
As nice as this big house is, I am extremely underwhelmed by the kitchen... Surely that's not the only one!?
I kid, I kid. Maybe.
*The house pictured is available for sale now. It's referred to as the Castillo Caribe and is beachfront on the South Sound of Grand Cayman in the beautiful Cayman Islands. The home was once owned by software mogul Jerry Beck and features 48,000 square feet of living space, a helipad, theater, gymnasium, eight bedrooms and fourteen and a half bathrooms. You can own this lovely property for a cool $59,500,000.
___________________________________________
Let's Blog Off is fun and cool and you should do it, too!
Go check out the other entries, leave some comments and write one for yourself!
Posted by Nick Lovelady at 5:24 AM